Remote Debugging Over The Internet

When the remote PC is not on the same LAN as the host PC, an intermediary tunnel server at SEGGER can be used to be mediate a connection for remote debugging. Both Ozone and the J-Link Remote Server then connect to this tunnel server instead of connecting to each other directly. 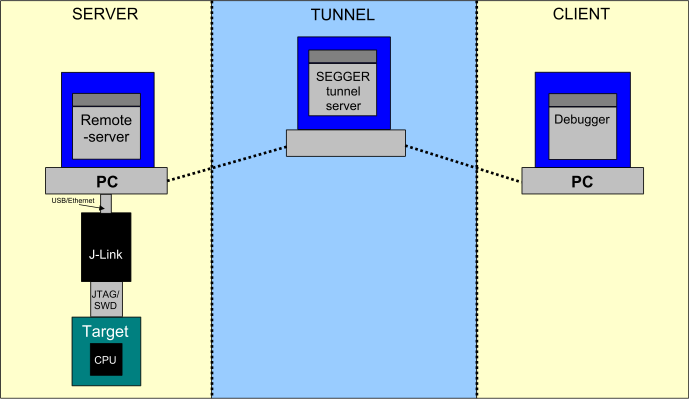 For remote debugging via the J-Link Tunnel Server, the IP address field of Ozone's Host Interface Dialog expects a tunnel server credential of the form:

The short credential variant tunnel:<Probe> can be used when the connection is to be established to the default J-Link Tunnel Server and is not passwort-protected. When debugging via the tunnel server, make sure that port 19020 is not blocked by a firewall.