The sequence to program the option bytes, needs to be added to the exit-steps of the J-Flash project. The exit steps will be executed at the end of an successful auto-programming process (Target -> Auto). This sequence applies for all STM32F3 devices since they are compatible regarding option byte programming and can be adapted to fit custom requirements. The sequence shipped with the J-Flash project linked below sets the Read-Out-Protection (ROP) to level 1. In order to set RDP to level 2, to line commented with "Write new RDP value (RDP = 1)" needs to be changed to "Write 16bit Value: 33CC"

This section describes how to get started with trace on the ST STM32F303 MCU. This section assumes that there is already a basic knowledge about trace in general (what is trace, what different implementations of trace are there, etc.). If this is not the case, we recommend to read Trace chapter in the J-Link User Manual (UM08001). The ST STM32F303 MCU implements tracing via pins, so a J-Trace can be used for tracing.

In order to use trace on the ST STM32F303 devices, the following minimum requirements have to be met:

The following sample project is designed to be used with J-Trace PRO and Ozone to demonstrate streaming trace. The project has been tested with the minimum requirements mentioned above and a STM3303C-EVAL Rev.C Evalboard. The sample project comes with a pre-configured project file for Ozone that runs out-of-the box. In order to rebuild the sample project, SEGGER Embedded Studio can be used. 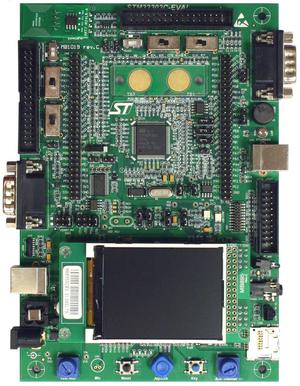 SEGGER's RTT can be used with a J-Link connected to a STM32F3 target device.

For a sample Embedded Studio project, refer to the following .zip archive:

Note:
The above project was tested with the following setup: 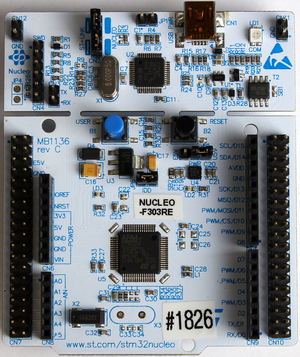