The ST STM32U5 series are 32-bit ultra low power microcontrollers based on the ARM Cortex-M33 processor.

The following flash regions are supported by J-Link.

The ST STM32U5xxx device series comes with a OCTASPI controller which allows memory mapped read accesses to any (Q)SPI flash, connected to the Octa-SPI interface of the MCU. This allows the J-Link DLL to support flash programming through the Octa-SPI interface. Unfortunately, there is no generic way how to implement flash programming because the pins used to connect the SPI flash are not defined. Different pins can be used for the same OCTASPI alternate function and therefore, for each configuration, a slightly different RAMCode (different pin initialization / flash size) is required. Our flash algorithms are based on the pin configurations used on the official evaluation boards. For pin configuration, different from the one used in the example flash algorithm, please get in touch with SEGGER directly via our support system: https://www.segger.com/ticket/.

For further information regarding this as well as the flash algorithm, please refer to the following pages:

For the STM32U5 devices, the Cortex-M default reset strategy is used.

Direct option byte programming is not (yet) implemented for the ST STM32U5. However, the same method used to lock/unlock the devices can be used as described in Securing/unsecuring the device can be used to adjust any option bytes.

The following example project was created with the SEGGER Embedded Studio project wizard and should run out-of-the-box on any ST STM32U5xxxx device. It is a simple for loop incrementing the integer i. The application is linked into the internal flash.
SETUP

The following project has been tested with the minimum requirements mentioned and a ST STM32U575I-EVAL evaluation board.

In order to use trace on the ST STM32U575 MCU devices, the following minimum requirements have to be met: 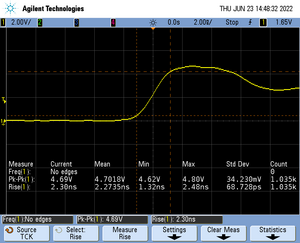 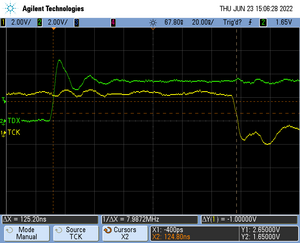