Difference between revisions of "Tracing on NXP Kinetis MKV58F1M0"

This article describes how to get started with trace on the NXP Kinetis MKV58F1M0 MCU. This article assumes that there is already a basic knowledge about trace in general (what is trace, what different implementations of trace are there, etc.). If this is not the case, we recommend to read Trace chapter in the J-Link User Manual (UM08001). The NXP Kinetis MKV58F1M0 MCU implements tracing via pins so a J-Trace can be used for tracing.

In order to use trace on the NXP Kinetis MK70FN1M0 MCU devices, the following minimum requirements have to be met:

The following sample project is designed to be used with J-Trace PRO and Ozone to demonstrate streaming trace. The project has been tested with the minimum requirements mentioned above and a TWR-KV58F220M evaluation board. The sample project comes with a pre-configured project file for Ozone that runs out-of-the box. In order to rebuild the sample project, SEGGER Embedded Studio can be used. The recommended version to rebuild the projects is ES V6.30. But the examples are all pre-build and work out-of-the box with Ozone, so rebuilding is not necessary.

This particular evaluation board's hardware needs to be modified manually to enable external debug probes. To enable the use of the external debugger remove J19 and J20. 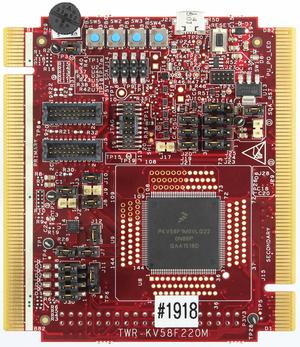 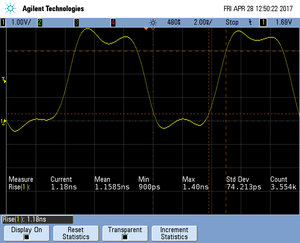 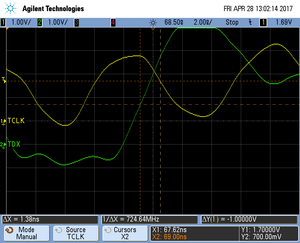